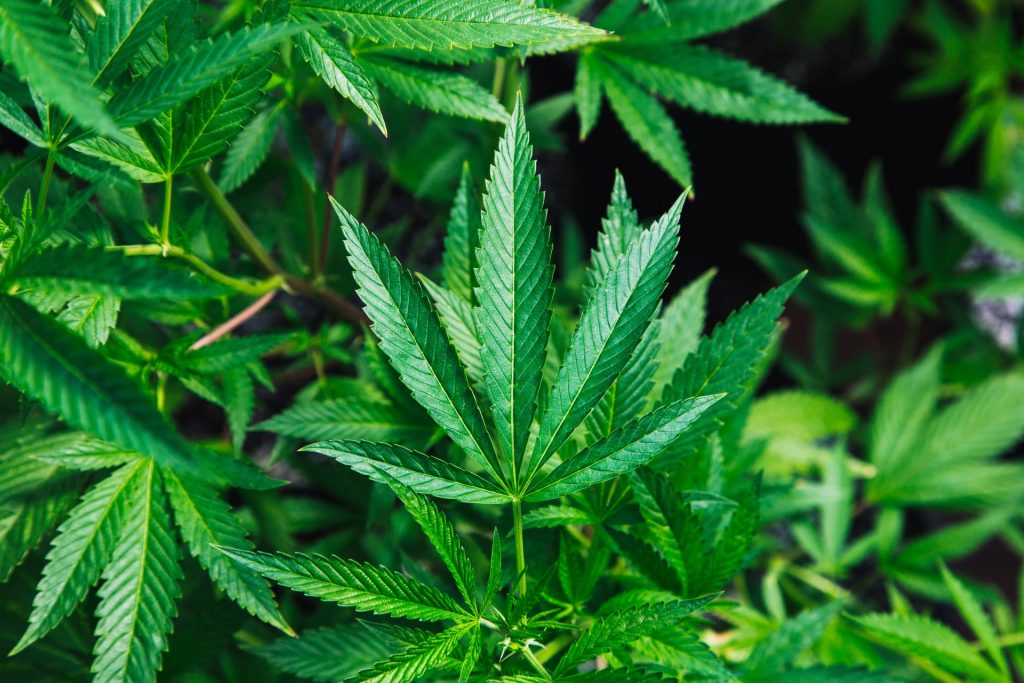 “A friend with weed is a friend indeed.” — Pops O’Donnell.

We gotta agree with Pops on this one. So, next time you want to share a stoner-themed social media post with your friends and followers, go ahead and take one of the weed quotes below and let the likes roll in.

And if you’re looking for a hit of inspiration for your post, check out Tough Mama’s kick-ass cannabis products.

Freewheelin Franklin was dropping some wisdom back in 1971, and now you can pass that wisdom on to all your followers.  Use this caption to remind people that all is good when you have some weed.

“Hands down, the dopest dope I’ve ever smoked.”

Pineapple Express is full of gems, and you can’t go wrong with something short and straight to the point. Use this caption to memorialize, you guessed it, the dopest dope you’ve ever smoked.

Nothing brings people together like weed. You can even go for the extra weed pun instead of “we’d” if that’s more your style. Use this caption to show off a group hang-out made better with everyone’s favorite plant.

Everything is better with a friend/partner. Use this caption to show off a picture of your favorite smoking partner.

“Struggle is the enemy but weed is the remedy.”

Lyrics make good captions, and this Kid Cudi line is a perfect example. Use this line as a caption to let people know that no matter the struggle, weed is here to help.

Sticking with the lyrics theme, Sublime understands that the best time to light up is whenever the hell you feel like it. Use this line to let the people know that you’ve had a good day staying high.

We don’t really need an excuse, but this is true….probably. Use this for a photo of you smoking morning, day, or night.

“A joint a day keeps the bad mood away.”

We agree. Use this alongside a picture of your favorite pre-roll (whether it be pre- or mid-smoke). We suggest our award-winning Tough Mama Pre-rolls.

“Two wrongs don’t make a right, but two joints made my night.”

Nothing like a cannabis nightcap. Use this caption alongside a picture showing off the end of a great night.

Weed makes us smile…and makes our eyes red. Use this caption for a picture of you or a friend channeling this winning combo.

Sometimes you need to throw some subtle shade at people bringing you negative energy. Use this caption to show people they can’t bring you down.

“When you smoke the herb, it reveals you to yourself.”

The great Bob Marley lives on through his music and as a symbol for marijuana culture. Borrow this famous quote as a caption to spread his always-relevant message.

“The biggest killer on the planet is stress and I still think the best medicine is, and always has been, cannabis.”

Another music legend and cannabis symbol, use this Willie Nelson quote with a picture of you de-stressing.

“Never give up the ganja.”

The man known for playing God in seemingly every movie, Morgan Freeman, dropped this quote during an interview with the Guardian. Use it as solid advice to share alongside any weed-themed Instagram post…or any post really. Heck, yell it from the rooftops.

“Smoking weed doesn’t make you cool, but if you’re cool then you probably smoke weed”

No arguments here. Use this caption with a picture of you kicking back and relaxing with your good friend Mary Jane.

Weed > alcohol. Use this caption to make your preference clear. (If you still want the party vibes of taking shots, try Tough Mama’s YOLO SHOTZ.)

Life’s too short to spend it worrying. Get high instead. Use this caption to pass the message along.

“Whatever I do, I do it better stoned”

Whether it’s writing an article on weed quotes, or posting to social media, it’s all done better stoned. Use this to let people know weed is your performance-enhancing drug of choice.

Stoners might not be the most punctual, but we’re fun. Use this caption as a playful way to sneak in an extra 420 into your day.

You CAN do it! Use this to let your followers know anything is possible (especially with the help of a little weed).

“I got high, and forgot I wasn’t supposed to get high”

Ricky Williams was able to dominate the football field while high, whoever told him he couldn’t probably should’ve been minding their own business. Use this quote as a nod to the running back that proved you can be elite at what you do and be stoned at the same time.

Arnold Schwarzenegger, known to some as the Governator, dropped this absolute gem back in 2007. Guess he didn’t need to time travel to find that out. (Terminator reference, anyone?)

“Is marijuana addictive? Yes, in the sense that most of the really pleasant things in life are worth endlessly repeating.”

Do we have to smoke? No. But why wouldn’t we? Use this weed quote to remind people to do what feels good.

Now that you have these caption ideas, all you need is to take the pictures. Get out there, get high, snap some photos, and remember, when you need weed Tough Mama’s got you covered. Oh, and don’t forget to tag @toughmamaweed in your posts!