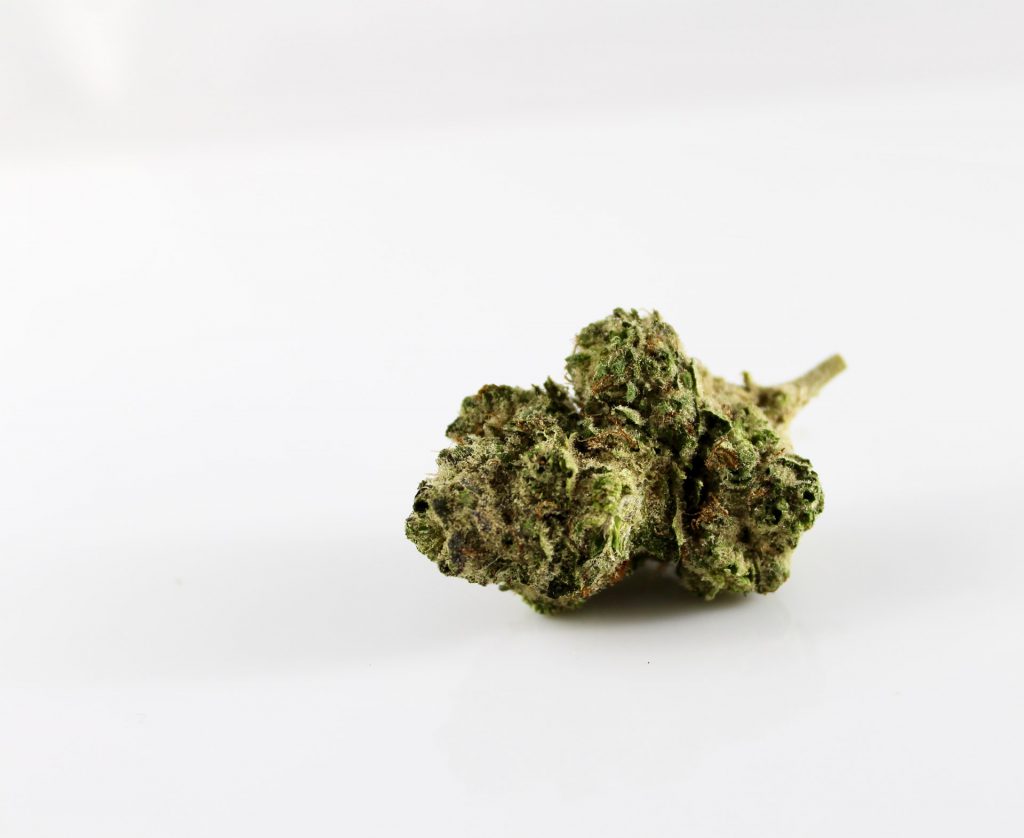 OK, let Mama catch her breath. First of all, you need some basic answers, like, does weed get old? And if it does get old, does weed go bad? Like most things in life, those answers are a little more complex than “yes” or “no,” but you know Mama loves educating her stoner kids on all things weed-related. So settle down and light up, class is in sesh-ion.

Yes, technically your weed is already aged since it’s been harvested, dried, and cured into that lovely nug, we’re all very impressed by your “but ackchyually,” professor. After that harvest, though, over time, flower can break down, especially as it’s exposed to direct sunlight, harsh temps, or too much moisture.

Like Inverse says, “weed doesn’t really ‘go bad,’ its chemical makeup just changes.” Because the nug loses its cannabinoid and terpene count in not-ideal conditions, chemical breakdown causes a reduction in potency, flavor, and aroma. After a year, your flower will lose more than 15 percent of its potency, then nearly 30 percent of its potency after year two, and so on.

Similarly, too much heat and not enough light can cause the bud to retain too much moisture over time, leading to potentially moldy weed. According to Healthline, old weed that isn’t moldy shouldn’t cause any serious health issues. But it’s a whole lot less fun and you do not make Mama proud when you smoke dry, weak, old ganja. Keep it dank, please.

How Long Does Weed Stay Good?

There are tons of variables here, but the general rule of (opposable) thumb is that properly stored cannabis flower keeps for about 6 months to one year before it starts to lose its potency, according to pros like High Times and others.

What to Look For

How can you tell if your weed is still fresh, strong, and tasty? Always trust your nose. Older weed will be less aromatic than the good stuff, and super ancient weed might lose its signature scent profile entirely. If a sniff test picks up on anything that might resemble moldy notes at all, give that shit a proper funeral and bury it at sea – moldy weed can cause coughs, nausea, and vomiting (or worse if your immune system isn’t in the best shape), and it just ain’t worth it.

You can use those beautiful hands Mama gave you, too. Fresh flower should be firm but with a bit of give when you squeeze it, like a nice sticky tennis ball. If the nug crumbles like sawdust instead of feeling sticky when pulled apart, it’s older than Mama’s mama. If it feels like a dish sponge, it’s too moist, and you should be extra careful of any signs of moldy weed in that case.

Speaking of moldy weed, the musty, hay-like smell is a giveaway, as is an off taste. But you can also spot small, powdery white dots or fuzzy spots with your eyeballs – not to be confused with those trichome-rich hairlike pistils that make weed so good and sticky in the first place.

How to Keep Weed Fresh

Weed that’s lacking in punch and flavor and packing extra mold doesn’t sound good to anybody, so how do you keep it fresh? Luckily, it’s not as hard as getting your GED was.

Zipper bags, tins, Tupperware-like stuff, and that fake Pringles can you got from the headshop in 2009 aren’t really the best – they let in too much air. Go with something airtight, like a mason jar. Glass is good overall because static from plastic containers can trash your flower’s trichomes, which can have a negative effect on both cannabinoid and terpene count.

Flower does best in a cool, dry place, stored sealed at about 55% to 63% humidity. You don’t have to be a scientist to gauge that, but you can get a feel for what that’s like by looking at the weather report’s humidity and comparing that feeling to your weed storage environment. Or, if you really want to impress your Mama, you can get a hygrometer for under $10. Speaking of fancy (but more expensive) kit, you can also invest in a weed humidor, a canna-specific type of humidity-regulating storage box that will serve the double purpose of impressing all your friends.

Cannabis, like Robert Pattinson, loves the darkness. Temp-wise, go mild, ideally below 77 degrees Fahrenheit, but not freezing (do not freeze your weed, remember what we said about moisture). Basically, you want low light, low moisture, even humidity, and low oxygen exposure. Easy peasy.

Because a virtually limitless amount of food ingredients can come into play, the rules for storing edibles are a lot more situational. In general, it’s good practice to keep edibles in their original packaging and store them in a cool, dry, shady place, unless they require refrigeration. I mean, it’s food child. On that note, you’ll always want to default to the storage tips on the manufacturer’s packaging – they know best (like Mama).

As for your vape carts and pens, keep them out of direct sunlight for the best shelflife. Because they’re already pre-packed in handy dandy airtight carts, you don’t really need to worry about the humidity and oxygen exposure stuff. Try to keep ‘em upright, though, to keep the oil at the bottom of the cart for a smooth pull. And if you’re preparing for the weed-pocalypse (it’s 2022, man, you never know), keep in mind that some types of weed goodies store better than others. Mama’s own YOLO SHOTZ stay good for over a year – and it’s never a bad idea to have an emergency stash, cause you never know when you’re gonna need shotz.