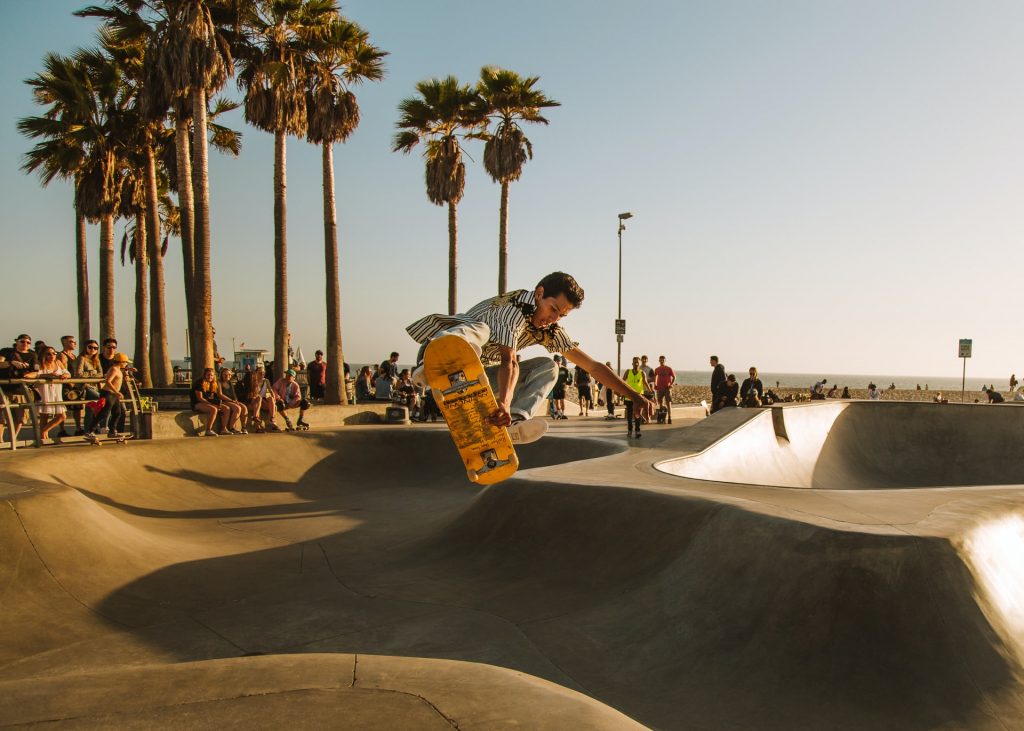 If there’s one day of the year that’s all about skating and – if you’re anything like us – smoking weed, then it should definitely be the longest day of the year. Turns out that’s exactly where Go Skate Day falls, and while the founders don’t “officially” endorse getting high and skating your day away, Tough Mama definitely endorses getting high and skating your day away. Learn yourself up on some context, and then we’ll let the Go Skate Day recs flow.

So What Is Go Skate Day?

Go Skate Day, or Go Skateboarding Day if you really enjoy syllables, is a creation of the International Association of Skateboard Companies (or IASC), an, uh, association of skateboard companies that exists to promote skating and educate people about skate culture. You may have heard of IASC members like Alien Workshop, DC Shoe Company, Element, Vans, and Zoo York. The event has been around since 2004 and is celebrated by skaters, newbies, skate gear manufacturers, skate shops, skate parks, and more.

According to an oral history by Boardcoast, IASD member Don Brown created Go Skateboarding Day and intentionally chose the longest day of the year to celebrate it. When is Go Skate Day? June 21st every year, when some locales see up to 14 hours and 54 minutes of daylight.

Whether you smoke bowls or skate bowls, it seems like there’s always been a natural crossover between weed culture and skate culture. But why is that?

Without us writing a novel (let’s be honest, it’d be a self-published ebook), let’s just say that both movements – from the beats and hippies of the early ‘60s to the hip-hop-inspired skaters of the ‘80s and ‘90s – have existed and thrived in the counterculture. And it’s been there from the beginning, as vert skating pioneer and original Z-Boy Tony Alva is quoted as saying, “A lot of people consider marijuana a drug and I disagree with that. There is a huge segment of the skateboarding population that use marijuana as an herb to better their lives and get in tune with their environment both physically and mentally.”

Well after the Z-Boys, the Tony Hawk-led renaissance of the ‘90s saw even more normalization, with Chad Muska’s shoes debuting the “stash pocket” that still lives on in skate shoes today. We challenge you to walk into any skate shop that doesn’t have at least a few boards, tees, wheels, or accessories that have a weed leaf emblazoned on them. So, yeah, the stoner skater is a cliche, but it’s a cliche with a little positive truth behind it. And with that in mind, it only makes sense to pair Go Skate Day with everyone’s favorite flower.

The traditions of Go Skate Day are honestly pretty loose. Transworld Skateboarding kinda hits it on the nose: “On June 21st, skateboarders around the globe will celebrate the pure exhilaration, creativity, and spirit of one of the most influential activities in the world by blowing off all other obligations to go skateboarding.”

Here are just a few Tough Mama-approved ways you might blow off those obligations:

Remember, the origins of Go Skate Day are humble, so don’t be afraid to keep it that way. Speaking to Boardcoast, founder Don Brown says, “One day, I just sent a fax out […] Let’s all get together and skate down to the pier, have a few beers, and skate back. We had probably 20 different people together. It was a rad feeling to have everyone together saying, f**k work and going skating.”

If you answered “yes” to both of these questions, congratulations – you celebrated Go Skate Day exactly how the founding father intended.

Dan Ketchum splits his time between Dallas and LA as a freelance lifestyle, fashion, health, and food writer with more than a decade of experience. In cannabis, been fortunate enough to collaborate with Cannabis & Tech Today, FOCL, Vitagenne, Reign Together, Mistifi, and more.