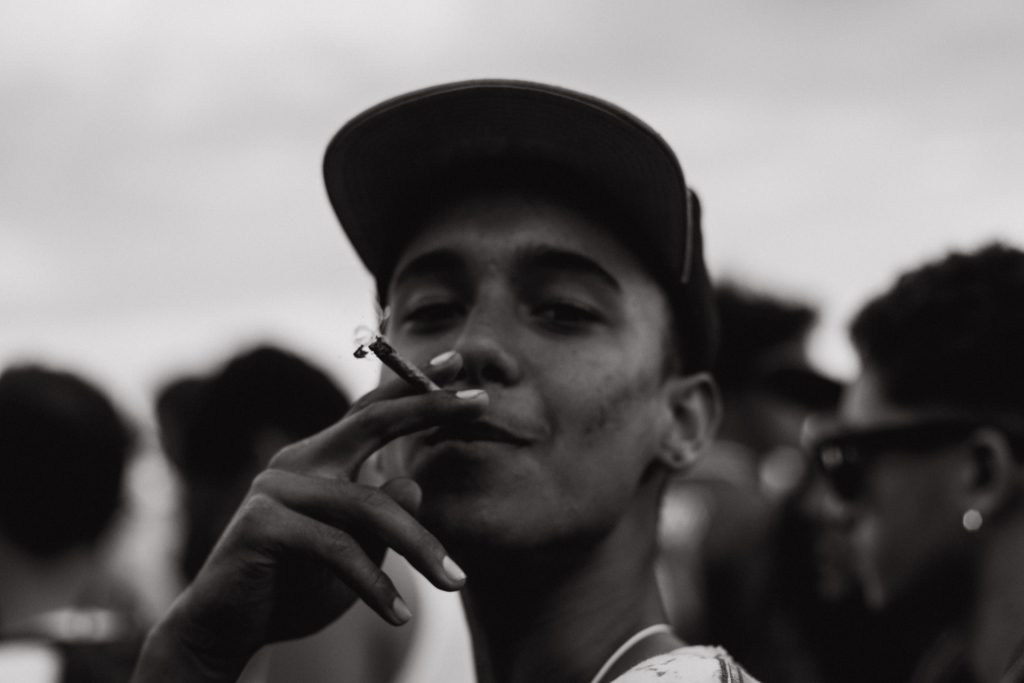 Oh, honey, you’ve got those high eyes, and that’s just not gonna work for your first shift, the Zoom call that could’ve been an email, or the wedding you forgot you agreed to go to six months ago.

Like most of the good things about weed, high eyes happen because of THC, and we know weed is a well-tolerated remedy – so, no, your eyes ain’t gonna fall out no matter how eye-poppin’ that strain is.

Now let Mama tell you what’s really going on, and what you can do about that mean ol’ stoner eye.

What Are High Eyes?

Mama doesn’t get high eyes, because her deep brown gorilla eyes contain only the multitudes of nature and a quiet whisper beckoning you back to the ways of your primal ancestors. But as a dolphin-smooth human, you may get them when you smoke weed – it’s a common thing confirmed by both anecdotal evidence and scientific studies.

Just to be clear, when Mama says “high eyes” or “stoner eyes” or what have you, Mama means the reddened sclera (the white part) of the eye, the sort of glassy look and the dilated pupils you may experience when you smoke a bunch of weed. We’re not getting into hard drugs, optical ailments, or anything else that makes your eyes red, but isn’t related to cannabis. (Mama doesn’t know what you do in your downtime, OK?)

Let’s get something straight right off the bat: people used to think that it was the smoke – a well-known eye-reddener – from, uh, smoking weed that made eyes go all red. But you may have noticed in recent years that we’ve got nearly smokeless “stealth” vapes. We’ve got more types of edible snacks than you can shake a 7-11 at, we’ve got tinctures, we’ve got shots, we’ve got all kinds of totally smoke-free methods to get you nice n’ high. And they still might make your eyes red.

In case you haven’t figured it out yet? It’s not the smoke, ya’ll.

Why Does Weed Make Your Eyes Red?

So why does weed make your eyes red? That’s simple: vasodilation. Next question, Mama’s got places to be.

First off, it’s vasodilation, not Vaseline. Vasodilation is just the dilation – which basically means the widening, enlarging, or opening up – of your blood vessels. According to the same type of science people who taught Mama’s great aunt sign language, THC (or tetrahydrocannabinol, the active cannabinoid in weed that makes you feel high) interacts with the body via the cannabinoid receptors in the endocannabinoid system. That’s a lot of canna words, but basically, this built-in system is responsible for all the physical responses that happen when you smoke (or otherwise consume) weed.

One of those responses is to create an overall decrease in blood pressure. To do that, the endocannabinoid system widens up – or dilates – your blood vessels and capillaries, which you’ve got a bunch of in your eyeballs. This is what causes your eyes to take on a red, bloodshot look. It’s also what might make you feel lightheaded when you’re high, and the depressurizing is exactly why some glaucoma patients use cannabis as a treatment.

How to Get Rid of High Eyes

Regular ol’ high eyes are more of a nuisance than anything to worry about, it’d be great if you could leave the house looking like a respectable member of society. While, ya know, still being a little high. Ideally.

Another surefire remedy? Just straight-up time. The people at the American Academy of Ophthalmology are pretty smart, and they estimate that high eyes typically only last a maximum of three to four hours after getting high. So drink a tall glass of water, smoke your pre-roll, and try not to worry so much – stress is a lot more dangerous than a little case of stoner eye.