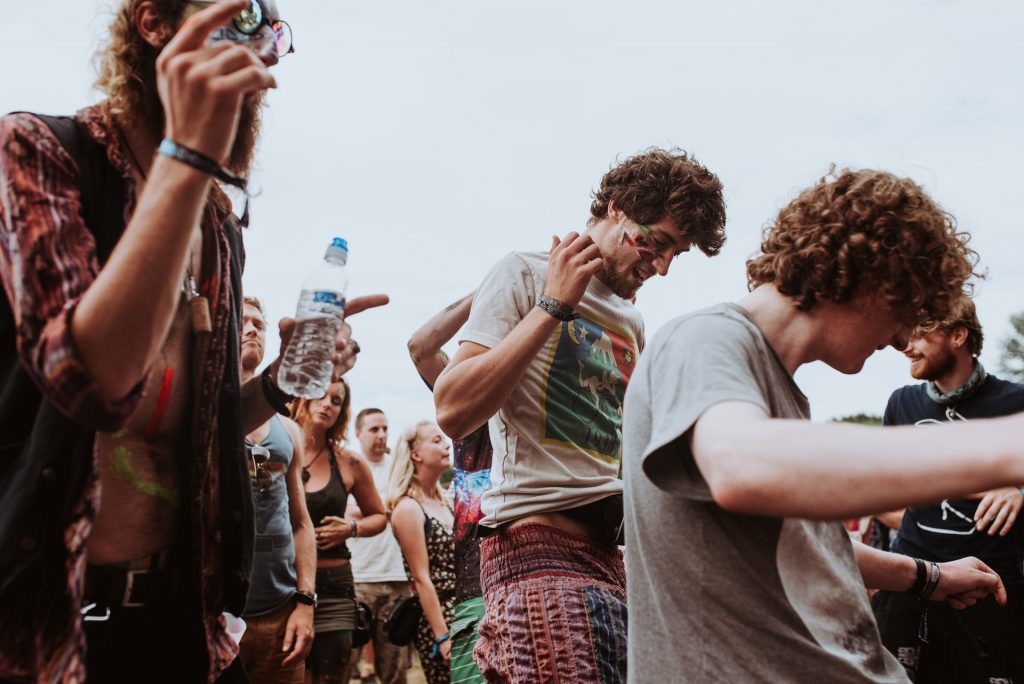 Want to get high at a music festival but don’t know how to make it past security without doing what Butch Coolidge did with his dad’s watch in Pulp Fiction? We’re here to ease your mind.

Figuring out how to sneak weed into festivals can be tricky (and don’t count on us to be your one phone call if you get caught!) but people do it all the time without having to do time. After all, haven’t weed festivals been a thing since Woodstock?

Here’s the low-down on getting high at music festivals this year, from getting your herb in, to enjoying yourself while you’re there.

How Hard Is It to Sneak Weed Into Festivals?

Though cannabis is legal for recreational use in several states, most concert venues are subject to strict laws. Even in California, where everyone saw Snoop Dogg toke before taking the stage at Super Bowl LVI, it is prohibited to use cannabis in public. But if you’ve ever been to a concert, you know you’ve encountered that familiar and unmistakable scent of your favorite plant.

Here are some of the crazy ways that people have tried, but keep in mind their success (or lack thereof) may have depended on the festival, the city, or maybe just the person patting them down:

The Best Methods for Getting High at Festivals

While you might love the way your bong brightens up your coffee table, you definitely wouldn’t want to lug that into a festival.

It’s highly recommended to smoke discreetly, so pre-rolled joints come in handy here because they’re easier to hide and save you the hassle of having to roll when you’re inside. Vape cartridges are also small enough to hide almost anywhere you’d hide a joint, though you should be mindful of keeping them in a moderately cool place. So, maybe don’t hide them near your ballsack, in your bra, or in your shoe if you tend to get sweaty.

Where to Smoke Once You’re Inside

Though you’ll probably see people lighting up almost anywhere, there are some places within most venues where you’re less likely to get caught.

If you’re in the middle of a crowd and everyone is smoking all around you, feel free to join in. If you’re the only one getting baked, it’s usually a good idea to blow your smoke or vapor upward instead of towards other people’s faces. They may not like the aroma as much as you do.

Speaking of people’s faces, it’s also not a good idea to shotgun the security guards as much as you think it’ll help them enjoy Doja Cat’s set even more. While most onsite police and security will look the other way if you’re smoking nearby, you still want to be as discreet as you can and not cause a scene.

Dos and Don’ts to Keep in Mind

DO bring your own weed to the festival, which leads us to the very important first don’t…

DON’T attempt to buy cannabis at the festival. Cops may look the other way if you’re smoking, but they probably won’t be as chill if they see you buying. You also don’t know if the weed you’re buying is any good or if it’s laced with something shady like fentanyl. It’s probably better to go the route of a legal dispensary instead of depending on that guy you just met in line.

DO share with friends. If you’re getting a hard look from the person next to you because you’re smoking, don’t get paranoid and think they’re about to snitch. They probably just want a hit.

DON’T sell your shit. Cops definitely won’t look the other way if they see you making a deal. You might be looking for a side hustle, but selling weed at festivals isn’t it.

DO have fun. Weed makes everything better, even the performances you’re not really looking forward to. And if you’re still too scared to attempt making it past security, don’t fret. Just pregame before the show with a cannabis beverage that you can swig on the way in like Tough Mama’s Yolo Shotz, which takes just 7-15 minutes for you to feel its effects. Or maybe just opt for a cannabis-friendly music festival like the Emerald Cup Harvest Ball or 4/20 on Hippie Hill. Something tells us they won’t pat you down too hard on your way in.

Erica Garza is an author and essayist from Los Angeles. She writes about health, sex, tech, and cannabis. Her writing has appeared in TIME, Health, Glamour, Salon, and VICE.