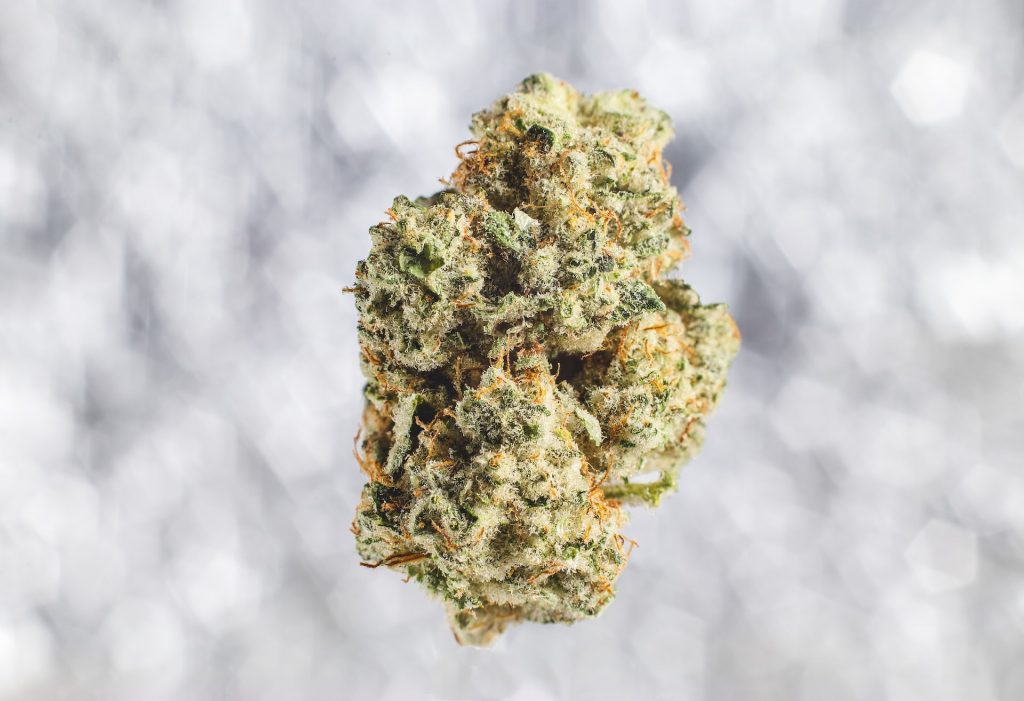 Mama doesn’t talk to Reggie anymore. Look, we all have to start somewhere, but, we all have to move on to (literally) greener pastures someday, too. The point is, you may still be a little punk, but you can do better than Reggie weed. And as always, Mama’s gonna teach you how — here’s what you need to know to spot nasty Uncle Reggie when he shows up and how to make better life choices when it comes to your kush curation.

Where Did This Shit Even Come From

Reggie, meaning “regular” if you follow weed culture mythos (but who really knows), weed is a kind of catch-all term for low-quality, low-grade, cheap, shitty, bottom-shelf weed. Like lots of slang, the name can be a regional thing — we say “Reggie” in LA, but you might hear ditch weed, skunk weed, schwag, shake, or whatever elsewhere. No matter what, the meaning’s basically the same.

While the rest of us civilized humans (and skating Mama apes) are living in a weed renaissance where many of our favorite strains are grown in extremely curated, controlled environments and naturally engineered by people way smarter than us, anyone can grow Reggie weed (even your dipshit Uncle Reggie). It’s usually grown outdoors in uncontrolled, totally unregulated spaces by complete non-professionals, and often shipped across the US border from Mexico in bricks.

And you know what Mama always says: Nothing good comes shipped in bricks. Because it’s unregulated, Reggie weed can be just as full of twigs, seeds, and random plant parts as it’s full of pesticides and who knows what else.

Since it’s basically just a general term for fairly shitty weed, Reggie can be a lot of different things. But in Reggie World, you’ll mostly find sativa-dominant strains ranking somewhere at a C- to B+ at f**king best, if we’re using a grade-school scale, in terms of quality.

Here’s the real kicker, though: most Reggie weed clocks in with THC levels around 15% to 18%. And that, my children, is really low. Long story short, calling it mild is, uh, putting it mildly. The moral of the story is that Reggie ain’t gonna get you very high, full stop. On top of that, its flavor profile (which might be kind of a generous description) is grassy, burnt, or smoky, and its smoke is usually harsh and scratchy, like inhaling a pile of leaves that your dad’s burning in the front lawn.

Know Your Enemy: How to Spot Reggie Weed

Luckily, especially since Mama happens to be a monkey, you don’t have to be a weed-ologist to spot Reggie weed with your own two eyes, 10 fingers, and two (hopefully) nostrils. Just use the senses that Mama gave you, including that common sense, and you can tell that weed is of the Reginald variety in a few different ways:

You Can Do Better

“I ain’t smoked Reggie weed since back in the day when I first started smoking, that shit weak. I know wassup I stay smoking that loud shit.” — Urban Dictionary, 2017

The yin to Reggie weed’s yang is just straight-up good weed. So, remember that thing Mama said about THC levels? Let’s compare and contrast: while Reggie weed usually maxes out somewhere around 18% THC, punchy legit zaza like Tough Mama’s pre-rolls pack 25% to 35% THC. Good weed like that also has more terpenes for more tasty, complex scents and flavors as well as a more consistent burn rate, so it smokes smoothly.

But how do you spot that loud shit with the naked eye? Here are a few green flags to look out for:

So now you know, and even better than that, you know that separating the good good from the Reggie weed is pretty easy to do when you know what you’re looking for. Even when you’re high as f**k.