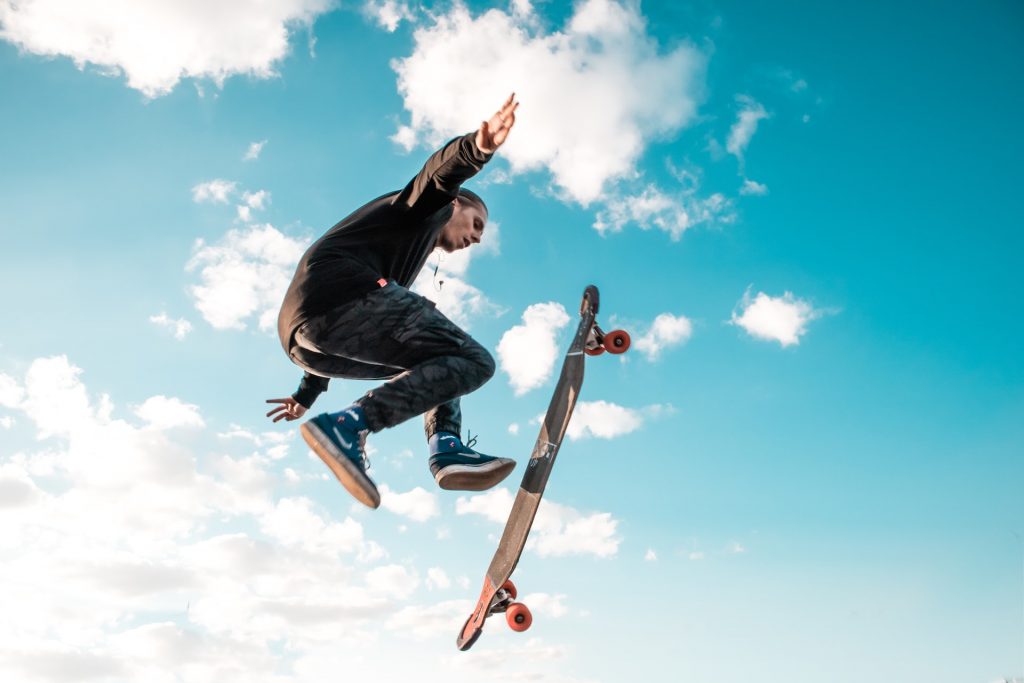 In San Diego, the roots of skate culture run deep.

Local surf pioneers like Larry Gordon and Floyd Smith innovated modern board-making techniques back in the early ‘60s. Del Mar’s 1975 skate competition helped legitimize the sport in the eyes of the mainstream. Spots like the Escondido Reservoir and La Costa housing tract became such iconic skate spots in the ‘70s that their terrain would become the DNA for many a modern skatepark.

If that’s not legit enough, the Carlsbad Skatepark – born in 1976 – was one of the first two skateparks on the planet (both of the OGs opened in the same month). Here’s how San Diego skateparks are keeping the culture alive, and six spots where you can see it thrive today.

Daygo isn’t short on massive skate emporiums – look no further than beefy, 30K-plus-square-foot San Diego skateparks like Encinitas or Linda Vista for proof – but at 40,000 square feet of concrete, this 20-plus-year-old spot is something of a crown jewel.

Among all that space at Robb Field, you’ll find plenty of handrails, ledges, and blocks, plus a combo bowl, pump bump, and octagon volcano. Long story short, it offers everything but the kitchen sink, is big on wide-open blue-skies SD energy, and features more than enough space to make you feel cozy whether you’re a learner, a pro, or a spectator.

For the Street Features (and the Art): Chicano Park Skatepark

You don’t need all that size to be one of the best parks in San Diego, you just need vibes. Barrio Logan has good vibes in spades, and they all condense and explode in technicolor under the Coronado Bridge. Among some of the sickest street art in the city, you’ll find smooth and spacious features like a pyramid, quarterpipes, pool coping, and lots of ledges. As On the Grid puts it, “Not the most features for a skatepark, but a lot of real estate to play in a supremely unique setting.”

A Locals Only Park for Vet Skaters: Washington Street Skatepark

SD locals know Washington Street as a park built by skaters for skaters. In 1999, Daygo was running low on safe skate spots and police were cracking down on the culture with outrageous tickets, sometimes up to $300 (cue the “Skating Is Not a Crime” shirts – they were a thing for a reason). That’s why a non-profit group of volunteers – who still maintain the park, so don’t be a shit when you’re there – created Washington Street Skatepark. Here, you’ll find all-weather skating nestled under the Pacific Highway, free parking, no fees, no safety gear enforcement, speedy lines, kinky kinks, and a wild keyhole. Naturally, it’s boards only out here.

You can’t scope out a skatepark in California without scoping out a good beach – enter the southernmost skatepark on the whole West Coast, Imperial Beach Skate Park. This small park with a 3-foot-high flow bowl (with extensions and taco), street features, simple rails, sloping banks, and a big hubba welcomes learners just as much as it beckons experienced skaters who just want to chill the f**k out. You don’t come to Imperial Beach for the street cred or the TikTok views, you come here to hit a hybrid and get mellow with a touch of ocean breeze on your face.

If you need a laid-back vibe that’s family friendly but not a total bore, Krause Family Skate and Bike Park at the Mission Valley YMCA is your ticket. It spans 60,000 square feet for a reason, and that reason is that it’s way more than just a skatepark.

Krause packs massive permanent bike tracks as well as vert ramps, a pool, a BMX course, mini-ramps with spines and – maybe most notably for skaters – a full-assed skatercross skateboard racing track. Which is honestly f**king wild. It does charge membership fees (as little as $25 a month or as much as $360 a year, depending on your Y membership) but you’d be hard-pressed to find any other spot that hosts so many wheels in one big place.

Something for Everyone: Cesar Solis

Cesar Solis in Ocean View Hills kinda feels like San Diego came to life as a skate park – it’s big, it’s clean, it’s spacious and it’s as mild as an indica cone blunt. While it’s heavy on street style features, Solis has really got something for everyone, including a ramp-rail combo in the shape of a whale tail that sorta rules (we know you want that photo-op and we don’t blame you).

But the highlight here is thoughtful design; everything sort of just flows perfectly into the next thing, putting you right in the zone, letting you live in that sweet spot – and you should probably have a good high on while you chase that flowy feeling to its maximum.