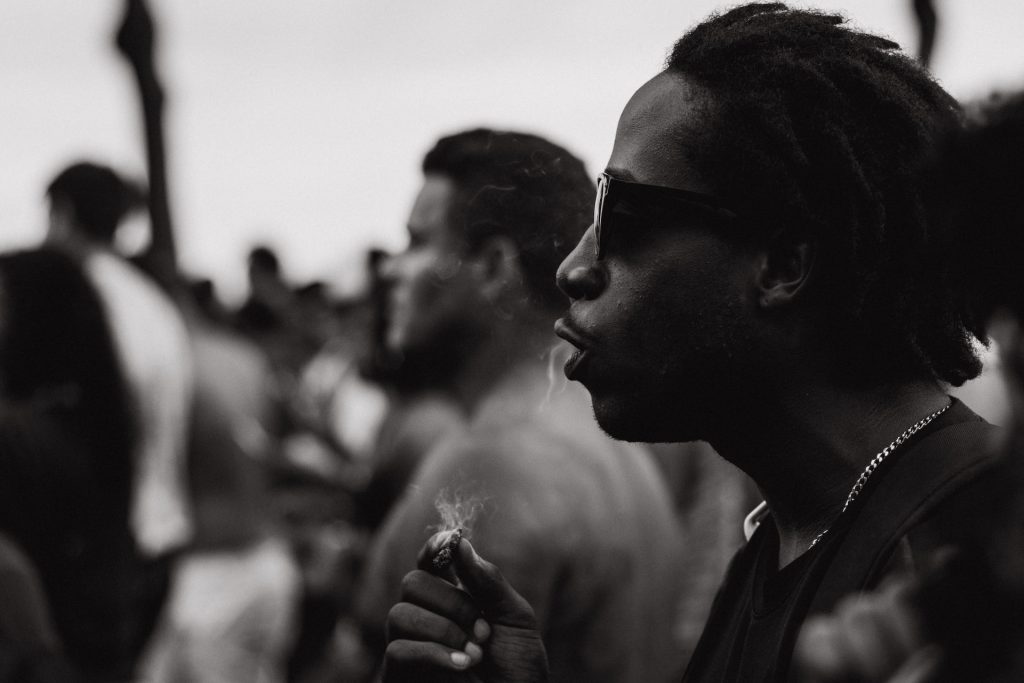 If you’re here, you’re probably “420-friendly.” It doesn’t take a rocket scientist to figure out what that is, but there’s a meaning to the term that’s growing beyond some stoner slang. Mama wants to make sure everyone is hip to all things 420, so she jumped on her banana phone and told us to inform the people.

Mama has never disappointed us, so as not to disappoint her, here’s your guide to “420-friendly.”

In case you’ve been abducted by pot-smoking aliens that stole your memory, we’ll hit a quick refresher on the basics. 420 is the magic weed number because it stands for the date April 20th, which has been claimed by the wonderful weed-smoking people of the world as our pot-smoking holiday. Hooray!

The origin story of 420 is a bit hazy, but essentially some guys would get together to smoke at 4:20 pm every day. One of the guys ended up working with the Grateful Dead, who then started incorporating the term “420” for when it was time to smoke. Word got out that “420” was code for getting high, and now it’s a whole thing. That’s the spark notes at least.

The meaning of the term 420-friendly can vary slightly depending on who’s using it, but the general concept is that 420-friendly means having a positive attitude when it comes to pot. Who woulda guessed? But, before you go thinking that’s the end of the story, there’s actually more.

420-friendly has moved on from a general vibe, to a full-on semi-official label. (Dubbed official by Tough Mama herself. May her life be long and her weed be strong.) Businesses and events have begun using the term to basically say, “hey, it’s cool if you want to smoke weed here.” It’s a sign that you can consume freely without feeling like some judgy narks are gonna throw a fit about it. It’s also a good sign that the people attending said business or event will also be 420-friendly, which are the best kind of people.

If you do see an official use of “420-friendly,” make sure to still double-check the rules. While some places might be cool with weed, they also might limit it to vaping so as not to smoke up the joint. (Just to be safe you should keep some Tough Mama Vape Carts on deck. Can’t have some fire-department rules ruining your high plans.)

So it’s obvious why businesses would make it clear they’re 420-friendly, but why are people labeling themselves? No, it isn’t some terrifying human-pickling scheme, it’s actually just a way to sift out the squares when creating profiles on different apps or social platforms.

If weed is a big part of your life, seeing “420-friendly” on someone’s dating profile will be an immediate sign that you have something in common. Some people think roses are the flower of romance, we think it’s weed.

Where You’ll See the Term “420-Friendly” in Use

We already touched on this a bit, but be on the lookout for the term when searching around businesses or events/parties you might be headed to. There’s also the obvious dating or social profile, which should mark a pretty solid green flag. (Don’t ignore the red flags though…duck-lip selfies past 2008? Hard pass.)

Somewhere you might not expect to see the phrase, but could become increasingly relevant as the suits in DC ease up, is on apartment and hotel listings. While once again you should always be respectful when it comes to smoke rules, apartments, hotels, and AirBnBs that label themselves “420-friendly” are letting it be known that the beautiful aroma of cannabis is likely to be found on the premises.

While it will probably be a while before apartments and hotels are posting “420-friendly” on the regular, also keep an eye out when looking for new roommates. Nothing worse than moving in with someone who “has asthma” and hates when you smoke or vape in the house (unless they legit have bad asthma, but they never do).

What Are the Current Most 420-Friendly Places?

While any state that has legalized marijuana is technically now 420-friendly, some places are obviously friendlier than others. Denver is a great example of a 420-friendly locale, with plenty of dispensaries and weed-themed events to be found throughout the year. Most of the Pacific states are also 420-friendly, with major cities like Seattle, Portland, San Francisco, Los Angeles, and more being the most inviting when it comes to really putting the term to use.

One perfect example of 420-friendly is the fact that you can literally have weed delivered to your door by legit companies in the state of California. In fact, Tough Mama delivers.

As weed is becoming more and more normalized, you’ll start running into more “420-friendly” listings. Now that you know exactly what that means, keep an eye out when planning your next trip, looking for your next partner, or really just going about your everyday life.

And as always, it’s hard to truly be 420-friendly without some good-ass weed. Hit up Tough Mama so you’re never missing out!