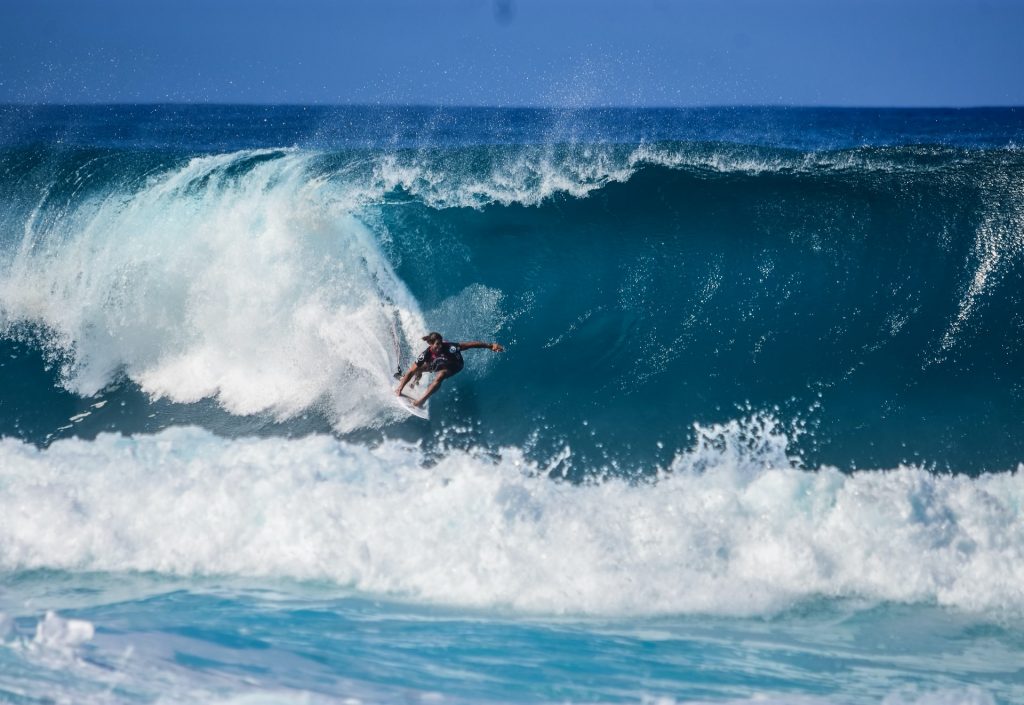 Rolling waves, rolling joints, getting a high from nature — surf culture and stoner culture are really based on the same vibes. While not every surfer is the stereotypical long-haired pothead, if you surf it’s pretty likely you enjoy nature’s delicacies beyond just waves. Tough Mama gets it, and since she already offers some kickass weed, she decided to offer up some tips on kick-ass waves too.

Ah, Tourmaline. If you grew up surfing as a grom in San Diego, there’s a good chance this is where you fell in love with the ocean. Tourmaline is a super mellow wave, ideal for both longboarders and beginners looking for a gentle wave to ease them into one of the greatest hobbies on earth.

It does have to be said though, with the ever-growing popularity of surfing, Tourmaline can turn into an absolute zoo. But hey, you’ll be hard-pressed to find a crowd-free break that isn’t total shit.

Black’s beach, where you get world-class waves and a front-row seat to old dudes playing volleyball with their…uh balls out. Yup, Black’s is well known as the nude beach in San Diego, but don’t let that stop you from getting out and scoring some great waves.

The waves at Black’s Beach tend to be a bit bigger than other spots in San Diego, but they hold their shape well without too much closeout action. This spot is for surfers that are comfortable with bigger waves, and should be kept to intermediate to advanced surfers.

Swami’s is a spot that can cater to anyone from beginners to pros depending on the conditions. On most days you’ll find a soft sloping point break, ideal for longboarders and novices (and trust us, you’ll be dodging them like Neo dodges bullets in the Matrix), but on special days when the swell is cranked to the max, Swami’s can hold surfable waves up to double overhead.

You’ll definitely want to check out the conditions before paddling out depending on your skill level, but there are almost always waves to be had. But again, be careful of 10-foot logs flying at your head from every direction. Oh, and also this spot is a reef bottom, so try not to go for any head-first swan dives. After a day of battling the crowds at Swami’s, you’ll definitely want to have a  Tough Mama infused pre-roll ready and waiting for you to smoke straight out of the water.

Another top-notch wave in San Diego, Windansea has been the go-to spot for La Jolla surfing since way back in the day. Not only is Windansea an absolutely beautiful beach, but it also offers up an equally beautiful wave.

Unlike some other spots on this list, Windansea pretty much has one central break. So, even though the wave technically isn’t too difficult to surf (intermediate level), the compact structure of the wave makes for a much more difficult crowd experience. If you’re able to score a wave to yourself, you’ll have plenty of opportunity to throw some water and get your turns in. Just don’t expect the opportunity to open up very often.

If you’re an intermediate-level surfer looking for a beach break, look no further than Scripps Pier. Due to the sandbars shifting around, you should be able to find plenty of lefts or rights on either side of the pier. Scripps is also nice because it tends not to suffer from closeouts as much as some other beach breaks.

Also worth noting, the waves are faster by the pier, so don’t be afraid to get close…just don’t try to shoot the pier unless you’re okay with having your face scraped off like old gum.

Okay, this might be a little controversial since you get to Trestles from San Clemente, which is in Orange County, but technically Lowers is on the San Diego County line, so we’re sneaking it in here.

Lowers is not just one of the best surf spots in California, it’s one of the best in the whole world. You’re likely to spot pros out there on any given day, and it’s even become the yearly stage for the WSL’s championship showdown. All of this goes without saying, this is a spot for advanced surfers that know how to jockey a lineup. To be honest, if you’re just learning about Lowers from this list, you probably aren’t good enough to go out there (for your safety and others). Luckily, there are plenty of friendlier options listed above!

There you have it, the best spots to catch some waves in San Diego. Whether you’re looking to get high and cruise some ankle biters, or are looking to mellow out after a pumping overhead session, remember, Tough Mama has you covered!

(Looking for more things to do in San Diego? Check out this guide to the best skate parks in the city, because Mama loves you.)