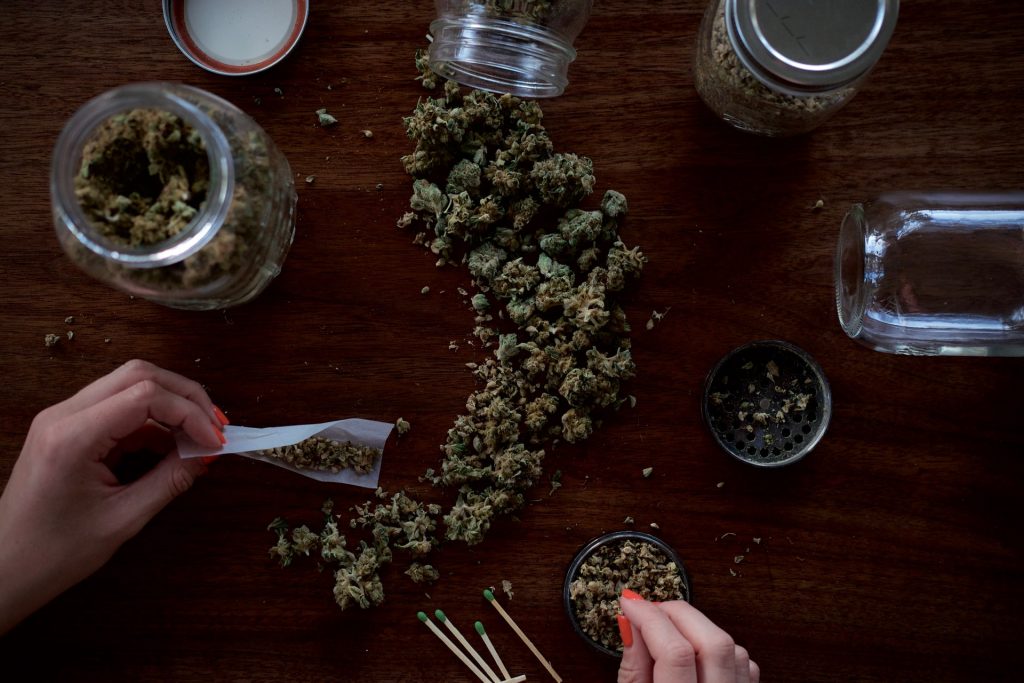 Hopefully, when the words “how much weed is that???” 😲 come out of your mouth, it’s in the best possible way. Sometimes, though, it’s a legit question because a good amount of weed sizes and general weed weight lingo just feel like a random grab bag of the metric system, the U.S. customary system, and stuff people came up with when they were high (because they probably did). As always, though, you can count on Mama to help you make a little sense of this crazy world.

P.S.: Ever since Mama sent you off to kindergarten, you were a visual learner. So Mama’s included some handy visual aids throughout this article that will help you imagine just how much flower we’re talking about.

From the dog days of dealers all the way to the bougie air conditioning (yes, when you’re from the jungle, AC is bougie) of dispensaries, you’re gonna see a lot of the same measurements floating around. These are a combo of metric and U.S. measurements, and conveniently enough, there’s no trickery here – the measurements in Weed World™️ are the same as in the real world.

Here’s your basic primer, and Mama made you some flash cards just in case you need ‘em:

OK, get ready for Mama’s very own personal edition of Urban Dictionary, just for you. I mean, technically, stuff like “half” and “eighth” are slang. But you know weed makes you creative sometimes, and here’s where weed sizes and weights get, uh, really creative. It’s OK to ask your friends what TF they’re talking about here, cuz we’re not all lifelong High Times subscribers.

Lots of these apply more to buying weed on the streets, so you won’t hear them as often now that we’ve evolved into legal dispensaries, like you evolved from me. Still, it’s good to know your roots and also good to be cool at parties.

How Much Weed Is In…?

Look, we live in a beautiful, shangri-la of ganja – Mama doesn’t want to “back in my day” you, but all I’m saying is, things are pretty good. That said, the variety that we have access to also makes for a whole lot of, well, variation. So while you can safely set a baseline of expectation for lots of common pre-packaged weed products, in terms of weight, just know that there are no hard and fast rules for exactly how many grams or milligrams of cannabis, THC, or CBD each type of product contains. But you can always see the precise amount on the package.

Because edibles take the form of all kinds of foodstuffs and…drinkstuffs?…you’re gonna find a much wider range there. Some edibles contain as little as 0.5 milligrams of THC per serving, even though Medical News Today says that 2.5 to 5 mg is commonly considered the lowest effective dose. Typically, edibles feature about 5 to 15 milligrams of THC per serving, or around 20 mg for heavy hitters. Of course, the whole package might contain a lot more THC in total, but we’re talking about single servings.

*Disclaimer: Please do not smoke a bowl of Fruity Pebbles or a Switch’s worth of weed, Mama taught you better than that. Have some YOLO SHOTZ instead, they’re good for you.