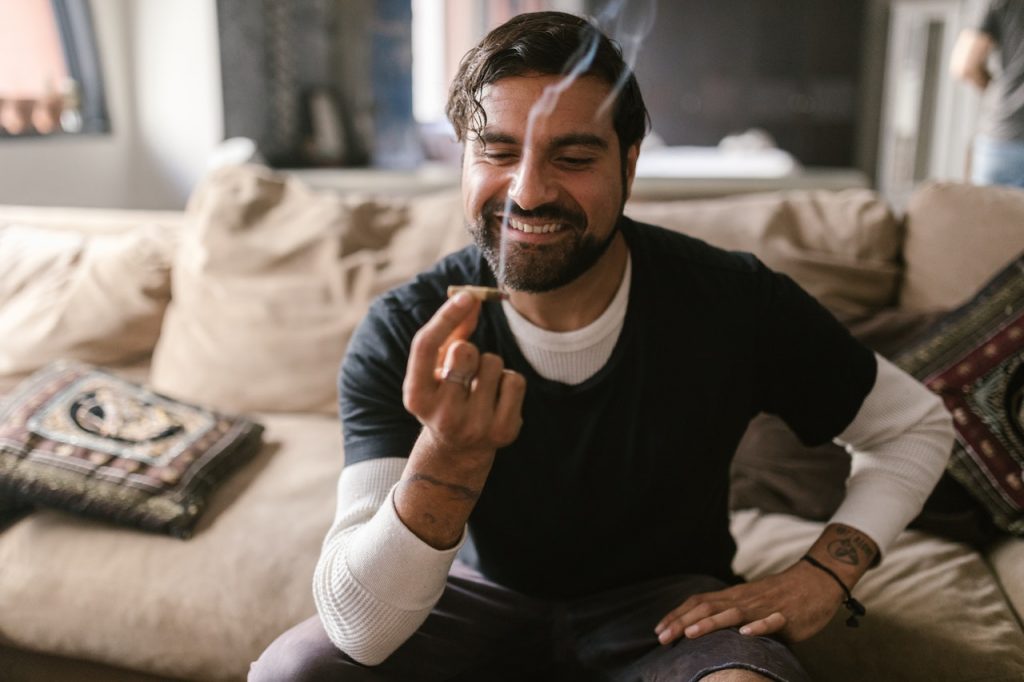 If there’s anything you’ve learned from your monkey Mama by now, it’s this: life is all about experiences. F**k money, f**k things, embrace memories, and appreciate what’s fleeting. And while there’s a whole lot more to say about being cali sober (and we’re gonna say it), the spirit of the thing boils down to taking control over your experiences, even – or especially – those experiences that are a little more elevated. Mama knows California, and Mama knows California sober – so keep these fundamentals in your (now much clearer, hangover-free) mind, and you’ll do just fine.

What Is California Sober?

Like a lot of weed culture, there’s not a hard definition of California sober written down in some price-gouged college textbook that you’re still in debt over. But the gist is basically this: when you go Cali sober, you cut certain addictive substances out of your life – most commonly booze, sometimes hard drugs – and replace them with less harmful alternatives. Usually (and definitely as far as this article is concerned), that less-harmful alternative involves a good amount of weed. So rather than being full-assed sober, it’s that California-state-of-mind sober.

Cannabis business consultant Andrew DeAngelo puts it this way, “Cali sober is a different take on intoxication and sobriety. It allows for individual interpretation and tweaks. If you want one glass of wine with your evening joint and still call yourself Cali sober, sure, go ahead. If you want to smoke copious amounts of weed and say you’re Cali sober, knock yourself stoned. The important distinction is who is in control.”

Tough Mama Gets It – So Do Tons of Others

Especially as you get older, it makes total sense that alcohol just doesn’t serve you or your body anymore. You might not need that whole “social lubricant” thing as you become more sure of yourself, and you definitely don’t need hangovers. And you’re not alone – Cali sober is on the rise, and it ain’t going anywhere.

According to Berenberg Research, people in their 20s drink about 20 percent less per capita than older millennials did in their 20s, and about 64 of the younger gen Z people polled plan on drinking less than older generations. Likewise, the Cannabis Drinks Expo reports that in some states where weed is legal, average wine sales have dropped by 16.2 percent while average beer sales have dropped by 13.8 percent. Take some comfort in that – you’re not just living the 420 blaze it everyday life, you’re blazing some trails, too.

Even though the Cali sober lifestyle is gaining traction, drinking is still a huge cultural thing with huge cultural clout, and that often comes with a shitload of peer pressure. Take it from a skateboarding, 6-foot-tall talking gorilla who loves infused pre-rolls – it can be rough to go against the norm.

But like DeAngelo says, “Cali sober means not being addicted to any intoxicant and having a balanced relationship with cannabis and psychedelics as an additive to good living, not something that takes away from life or gets you all strung out.”

Still, we’d be here all day if you wanted Mama to justify why cannabis alone crushes booze for the Cali sober, but everyone loves lists, so let’s just hit the highlights:

And this one’s a little less scientific, but that whole “social lubricant” thing has some weird implications. It implies that you need to be someone else to socialize, and Mama doesn’t believe that at all. Get a little high instead of blitzed, and you might find that those social interactions are a little more authentic.

…and Rolling With This

OK, so that’s some stuff to smoke (mentally) as you navigate your way through Cali sobriety, but the lifestyle isn’t all about missing out. Sure, you’re forgoing some choice chemicals, but it’s more about broadening your experiences with more self-care-oriented options that you can explore.

Mama knows you, so Mama knows that smoking weed is a given here. But beyond that, it’s a wide playing field, and you’re in control of it. Just to kickstart some good Cali sober times, here are a few totally non-alcoholic things that Mama suggests exploring:

And you know what? If it’s the hard-drinking scene that’s getting to you, you can make strides to replace feelings of FOMO with the “joy of missing out.” Sometimes, being Cali sober is just about finding a little slice of inner peace. 🧘

Look, this is Tough Mama. There’s a non-zero chance that if you’re reading this, you going California sober doesn’t mean you want to go soft. And while staying home and chilling out is great, Mama’s here to tell you that going hard is still 100 percent an option in Cali Sober Land.

We already covered the psychedelic thing if you’re into ascending, but trust Mama: you can go full-on, buck-assed Cali-f***king sober on green alone. You know Mama’s own cone blunts pack 1.6 grams of weed, oil, and terps, and cured resin-infused YOLO SHOTZ mean you don’t have to give up on slamming a few back – each lil 2-ouncer crams in a ridiculous 100 mg of THC, so you basically just bought SHOTZ for the party. At 5mg THC per serving, that’s tons of solo shots, shots to keep the party going for hours, or a whole cadre of bespoke THC cocktails. In more chill settings, it’s a sippable high that’ll keep you stoned till the sun rises on the last DJ set or the final philosophical convo.

And when you slam those SHOTZ down on the table, remember what Demi said:

It doesn’t have to mean the growin’ part is over

No, it ain’t black or white, it’s all of the colors

That I only just discovered.