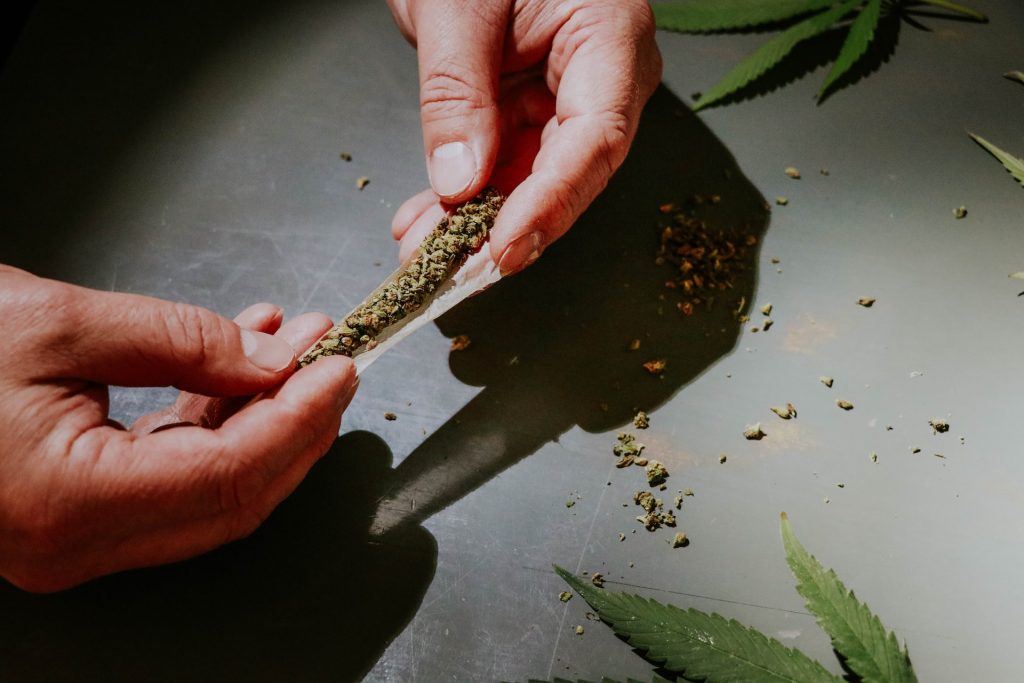 Did you know that George Washington got smacked out his mind and invented the infused pre-roll on his hemp farm in 1790? You didn’t because that’s a total lie, but there’s a bunch of other more true stuff Mama can teach you about pre-rolls and infused pre-rolls. Because sometimes, it takes a good Mama to cut through all those tech bro marketing terms and get to the squishy heart of the blunt itself.

So let’s get infused with knowledge about one of the trendiest (and most effective ways) to elevate your smoke, starting now.

Everything You Need to Know About Pre-rolls…

Alright, let’s start at the beginning. When a vendor, brand, or seller pre-rolls weed into a joint for commercial sale on the shelves of your local dispensary or your, uh, local weed delivery app, that is a pre-roll. These handy joints take the guesswork (and the work work) out of rolling your own — because you don’t have to be swimming in cash like our buddy Snoop and hire your own personal joint roller to fast track your smoking sesh. Pre-rolls come in all sorts of shapes and sizes and are usually available in multi-packs or as singles.

If you’re brand new to the whole zaza thing, imagine a pre-roll like an off-the-shelf weed cigarette. The flower (usually about a half gram to a gram’s worth) is wrapped up in rolling paper like a smokeable tube and may or may not feature a filter. Pre-rolls can come in sizes ranging from adorable Mama’s-pinky-sized minis or big-assed cone blunts. They’re all valid in Mama’s eyes, just like her children.

…and About Infused Pre-rolls, Too

So, you probably knew some of that stuff already, but if you didn’t, you’re a good student even though you’re a little high already, and Mama is very proud of you. Here’s where shit gets interesting.

To make that weed pre-roll a little more deliciously weedy and amp up the high, you’ve got the infused pre-roll. Basically, an infused pre-roll is a pre-roll joint that also features some form of concentrate. And concentrate is basically the best part of your favorite nug – all those terps, cannabinoids and sticky trichomes – distilled into a super potent form, like wax, resin (compressed cannabis solids), rosin (a mechanically separated cannabis concentrate), or kief (a.k.a hash, made by dry sifting weed through fine screens).

You take that concentrate and – wait for it – infuse it into the pre-roll, and you’ve got an infused pre-roll. Sometimes the concentrate (or cannabis extract, in some cases) is infused inside the joint, sometimes it’s outside the joint, sometimes it’s both. There are a ton of different ways to make a pre-roll joint, which means a ton of fun and interesting ways to get different extra-potent highs, but trust Mama: some infused pre-rolls are just better than others. It is what it is.

How Other Brands (Pre) Roll

All kindsa different weed-makers make all kindsa different infused pre-rolls. The most basic kind just straight-up infuses the flower by soaking or spraying it with stuff like distillate oil and kief, done deal. Then there’s like a whole popular genre of infused pre-rolls called fuzzies, which you’ll see from big-ass brands like Jeeter and such. Fuzzies infuse the pre-roll by dipping it in liquid concentrate that is used to “glue”  the kief to the outside of the joint. That’s what makes it, you know, fuzzy. And all of this infusing, dipping, rolling, and coating serve the same purpose: to get you way higher.

Because people are buying infused pre-rolls like they’re going out of style, you’re likely to see new products popping up at your local dispensary every time you hit them up. But take Mama’s word for it: those suckers are using fancy-pants packaging to appeal to that monkey brain of yours, but aren’t actually infusing their pre-rolls using even a little bit of TLC.

Why Mama Does It Better

First off, because Mama doesn’t f**ck with fuzzies, you don’t have to deal with kief dust falling off the outside of your joint. Mama taught you to be tidy, and also, you shouldn’t need a goddamn lint roller to get high.

But more than just keeping your Dickies clean, Tough Mama’s infused pre-rolls are all about making a more consistent product. No joke, our infused joints are literally precision dosed by robots designed by former NASA scientists. Who said getting ripped isn’t rocket science?

What that robot-powered dosing does, aside from giving Mama a super good reason to brag, is that it ensures that every joint, blunt, and Mini Mofo has ex-act-ly the amount of oil listed on the label. And the method matters, too. What Mama does is infuse the pre-roll directly down the middle, for baby’s-ass-smooth, satisfyingly even burn. Those full-sized bad boys are infused with Live Resin freshly harvested from marijuana plant material while Mama’s minis are infused with Hi-Phi ™ Solventless Cured Resin, so you don’t have to worry about any chemical nasties if you’re living that Cali clean life.

So, no kief dip means you don’t have to deal with the pre-roll equivalent of Hot Cheeto dust on your fingers while Tough Mama’s iconic infusion method deposits that line of concentrate smack dab in the center of the pre-roll. Think of it like a Twinkie that’ll get you real good n’ high. Or as a Donut Joint, thanks to the delish donut ring of flower that’s left as the concentrate bubbles away.

Mama’s style makes for more even and consistent distribution of the concentrate, but Mama don’t skimp on the punch, either; each infused cone blunt packs a gram of weed, a quarter gram of oil, and some bonus terps, weighing in at a total of 1.6 grams, with twice the terpenes of other pre-rolls and about 25 to 35 percent THC content.

And in the timeless words of Sir Winston Zeddemore: “That’s a big Twinkie.”